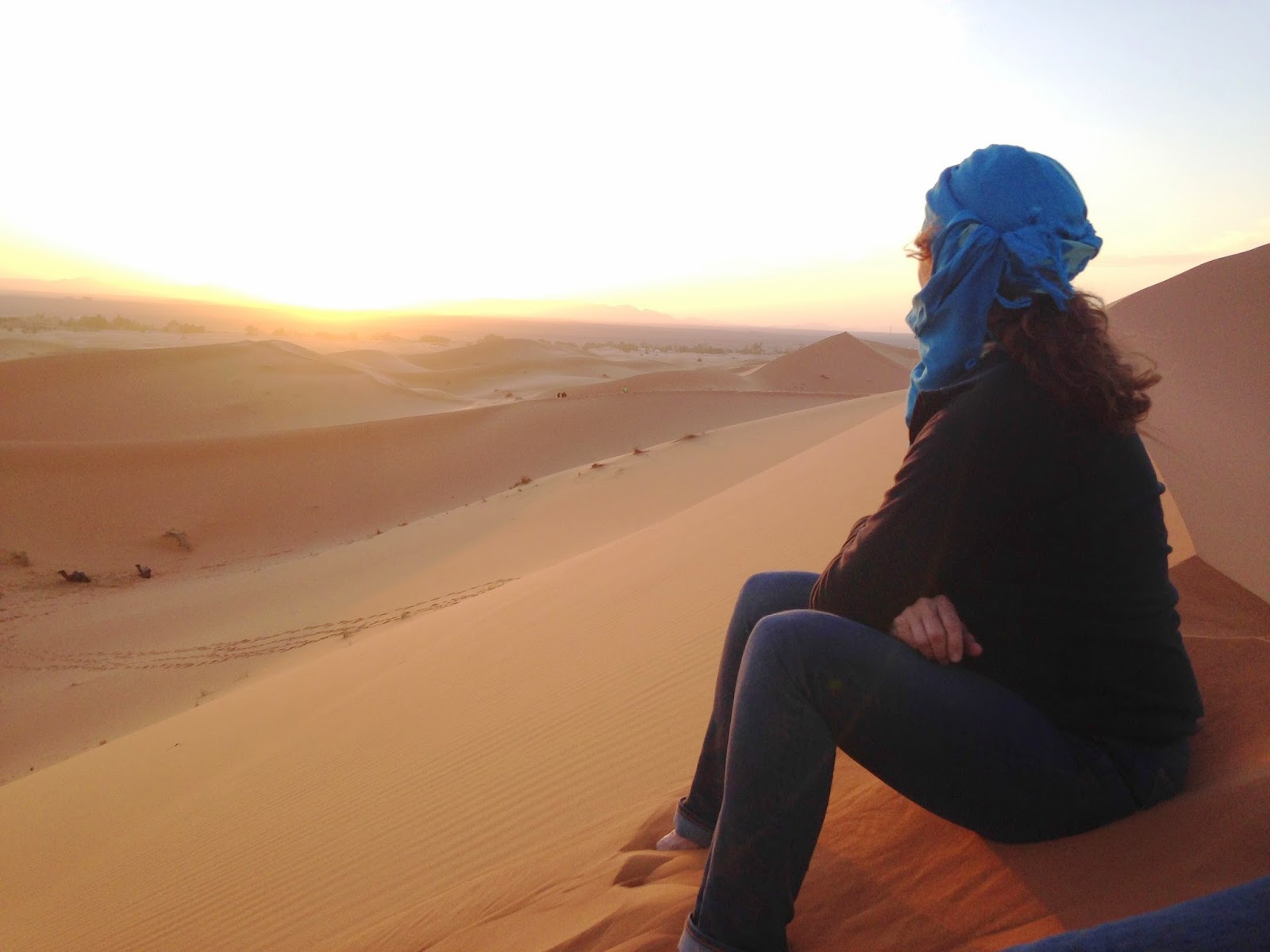 I’m finding my field of gratefulness stretched out just a little bit further than usual this Thanksgiving season, to the northern African country of Morocco, specifically.  As much as I like to think that I’m helping to better someones life when volunteering,  if only a few moments at a time, the reality is that the people who I am supposedly helping, whether that means teaching English to or simply being attentive and loving to a child at the orphanage, give me far more than I could ever give them and the gift of gratitude is the gift I take away.  The greatest gift of all.

There were so many reminders of gratitude during my stay in Rabat, but two in particular that I can’t seem to let go of.  The first one was during my trip to Fes.  I met a very interesting young man while on the train and had the opportunity to chat with him during the entire 3 hour journey.  He was 23 and from the country of Georgia, but was going to school in Rabat, working on his masters degree in Middle Eastern politics.  He spoke several languages fluently, but apologized for his poor French, hardly worthy of an apology to this barely bi-lingual person.   His stories were more like a history lesson to me and I was amazed by his knowledge of American history, which put my own knowledge to shame.  One of his stories that particularly touched me, was when he told me about his memories of 9/11.  He said he was in the 3rd grade and he remembers watching the videos of the planes going into the towers and how afraid his parents were, even for their own safety.  I certainly could understand the fear, yet at half a world away,  assumed they would feel more isolated and somewhat protected.  His response are words I will not soon forget.

“America was the last safe place in the world and now it wasn’t.  The whole world was afraid.”

I’m thankful that David happened to claim the seat right across from me on the train that morning, even though my first thoughts were hoping he wouldn’t be someone who would want to talk, as I wanted to sleep.  His words and his reminder that the world is far bigger than our U.S. borders, made a huge impact on me that I won’t soon forget.

The second  reminder I got was something that Mohamed told us during one of our first lessons on Moroccan culture.  He told us to never lose sight of the gift we have simply by the name of the country that is imprinted on our passport as it puts us ahead of most of the world.  Our passports are worth far more than we realize.  It is so easy to forget this, especially during a time of such political turmoil in our country.  It’s a difficult, timely and expensive process for a Moroccan to get a tourist visa for the United States and the chances of being chosen through the lottery system in place are slim.  I had a couple of women in my class that were perfecting their English in hopes of going to the United States to visit children and grandchildren who lived there.  I was so sad when Mohamed told me that their chances of visiting the United States were very slim, yet they continued to plug away at their English lessons, their energy fueled by such a tiny thread of hope.

So underneath my table of abundance this year at Thanksgiving will be the faces from Morocco – a girl at the orphanage reaching her hand out to me through the bars of her crib, a young man on a train who opened my eyes to a reality a world away from mine and to the dark blue booklet that I guard with my life when I travel outside of my country’s borders that says, “United States of America.”

Yesterday, while finishing up on my unpacking, I picked up one of my shirts and was drawn to its smell and couldn’t seem to figure out why it seemed so familiar. Then it hit me.  The orphanage.  I had gotten clean clothes from the laundry before I left Rabat and they must use the same soap that they use to launder the children’s clothes at the orphanage.  Now that I know, I find myself burying my face into a memory to insure that it won’t be lost.  I’m not quite ready to let go.   I know that as life goes on and memories start to fade a bit, a thread of connection to Morocco will remain and no doubt,  will present itself to me when I become too complacent with what I have.  But for now, with my Moroccan memory still vibrant and with its scent still in my clothes, I will go deeper on my list of what I have to be thankful for this Thanksgiving.  The stories, the people and a hand reaching out to me  to communicate as she had no words, for starters…

To all my friends and family, I am thankful, over and over again,  to have you in my life.