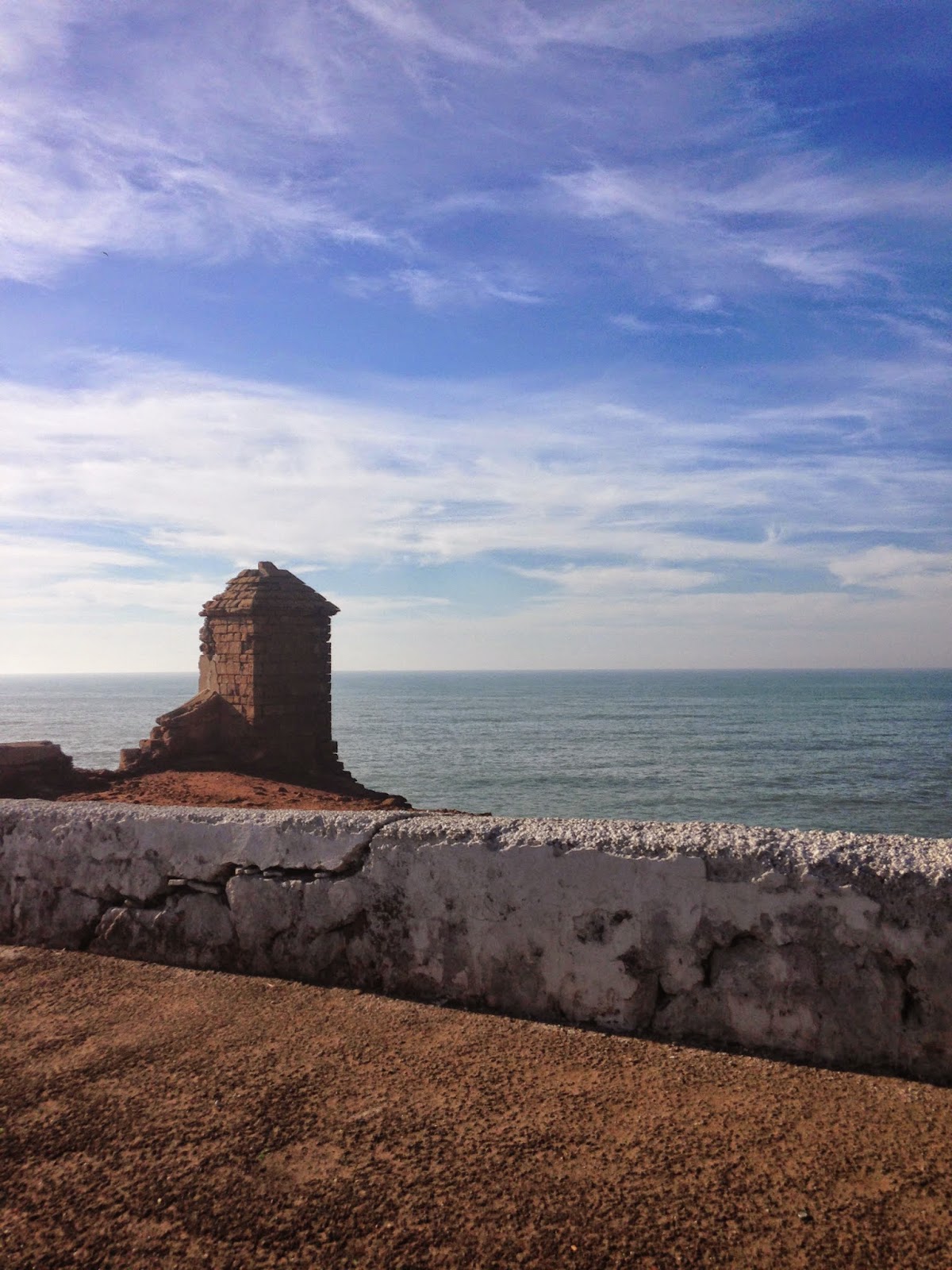 ~    The literacy rate is about 50% and even less in the countryside.  The number falls even more when you’re talking about girls.  That, in part, is due to the fact that the schools in the country usually do not have a bathroom.  Whereas, it’s easy for the boys, the girls will simply stop going to school as there is no bathroom for them.  Sometimes the answer to the problem is so easy….

~    Moroccan Arabic (Morocco’s first language) is not a written language so there is no “correct” or “incorrect” when it comes to spelling a word.  You spell it as it sounds to you.  Classical Arabic, on the other hand, IS a written language and is the language taught in school, but it is Moroccan Arabic (or darija) that is spoken in the home.  Berber is also taught in the schools and is spoken by at least 50% of Moroccans.  French is taught in the schools from grade one, and is considered the “second” language of Morocco. The Moroccans aren’t willing to give up the French from the time when they were under French rule, as they see it as a more “sophisticated” language and would rather have it as a 2nd language than English.  When I asked Khadija (our house director,  who speaks Moroccan Arabic, classical Arabic, Berber, French and English) which language was the most difficult to learn, she said French, by far.  Then of course there is the difference in alphabets, both with the letters, the pronunciations,  the way the letter is written and does it go from right to left or left to right?  I’m beyond impressed.

~   When I asked our guide while in the desert if a Moroccan woman would wear a swimming suit and swim in the pool (there was a pool at the place we spent our first night in the desert), he hesitated then said…
“No…. unless she was a bad woman.”

How about men, Hamza?  Would a Moroccan man swim in the pool???

Again, he hesitated, but with a look on his face that clearly said, “Huh????”

Then he answered, “But of course a man would!”

Double standards.  All over the place.  And they know it.

~   The call to prayer (or adhan) that we hear over the loud speaker 5 times a day is the same call in every Muslim country in the world.  It sounds like chanting and at this point, I find it rather soothing, if, that is, I even notice it at all any more…

~  Tipping is considered a gesture of kindness and is in no way required or considered rude if
neglected.  The students in my classroom were amazed that there are “tipping jars” in so many places where we make purchases or receive services.

~   My students told me that Moroccans don’t feel the “need” for the money to go from hand to hand in a customer/merchant situation.  They would actually prefer to just leave the money on the table and leave.  There is no sales tax so it is easy to know the exact amount of money to leave.  The fact that there is a difference between the price on the price tag and the price we are asked to pay due to taxes, amazed them.

~    Time moves much slower here and being 20 or 30 minutes late to appointments is not that
uncommon or even considered rude, which explains why when class starts at 9:30, there are still students straggling in at 10:15 or 10:30 with nary an apology!

~   I’ve never been in a country who displays their flag more…. there are groupings of the Moroccan flag that look like flowers in a vase with all the flag poles slanting out from the middle.  These displays are up and down every median from the cities to the small villages.   The flag is quite pretty in its simplicity…. a red background with a 5 pointed green star outline in the center.

~   The first law of  Islam is to never kill, whether another person, or yourself.  The second law of Islam is to honor your parents, ESPECIALLY your mother and to never speak bad of her.  Lots about Islam that I like…

~    Dogs are rare in Morocco and only owned for protection.  They are considered unclean and one needs to wash their clothing if it comes in contact with a dog.  That being said, they are not touched and obviously are not petted.  Cats, on the other hand are considered sacred and pretty much have the run of the place!  They are not owned “individually” but rather are owned and fed by everyone.

~   When you sign your name in Morocco, it does not necessarily have to be your name, but could be a design you make up.  It has to be consistent, though.

~   Morocco is the biggest importer of China’s tea.  These folks love their Moroccan mint tea!

~    Islam is the 2nd largest religion in the world next to Christianity, which is the largest and Hinduism the 3rd largest.

~   Women start to wear the hijab (a veil that covers the head and chest) at the onset of puberty.  The Quran says that women should lower their gaze and guard their modesty and should not display their beauty.  When I asked Khadija why it is that I had some women in my class that never wore a jijab and others, such as herself, always wore one and she said, although the Quran instructs women to wear it, the choice is between them and God.  It is not worn while at home, or as Khadija said, “I take it off when I’m hanging with my girlfriends at someones home.”

~   Dating is illegal – for example, a couple spotted alone in a park could be stopped by a police officer and asked what their relationship to one another is (which prompted me to ask if there are a lot of “brothers and sisters” spotted in parks!  They can be arrested and thrown in jail for the night if caught.  Men and women are introduced through friends and get to know one another in “group gatherings.”  Pre-marital sex is also illegal, as is being an unwed mother, which explains why the orphanages are over-run with babies.

~  The King of Morocco is the 7th richest statesman in the world and when I asked Mohamed if there is any resentment among Moroccans given the huge disparity of wealth between the King and the people.  His answer was, no, but it doesn’t matter if there is as the country’s motto is,

Because of this, if there is resentment, it wouldn’t be voiced.

~  I’m not sure I’ve ever encountered such a gracious and warm group of people as the Moroccans.  A few days into my trip,  I went with one of my housemates to the bank to exchange money.  That particular bank didn’t do exchanges, but we were told by one of the tellers that there was a nearby bank that would.  He started giving directions, and given the communication difficulties (he speaking Arab, we speaking English..), he told us to just follow him and he’d take us there.  He delivered us to the doorstep of the bank that could help us… a good FOUR city blocks later! 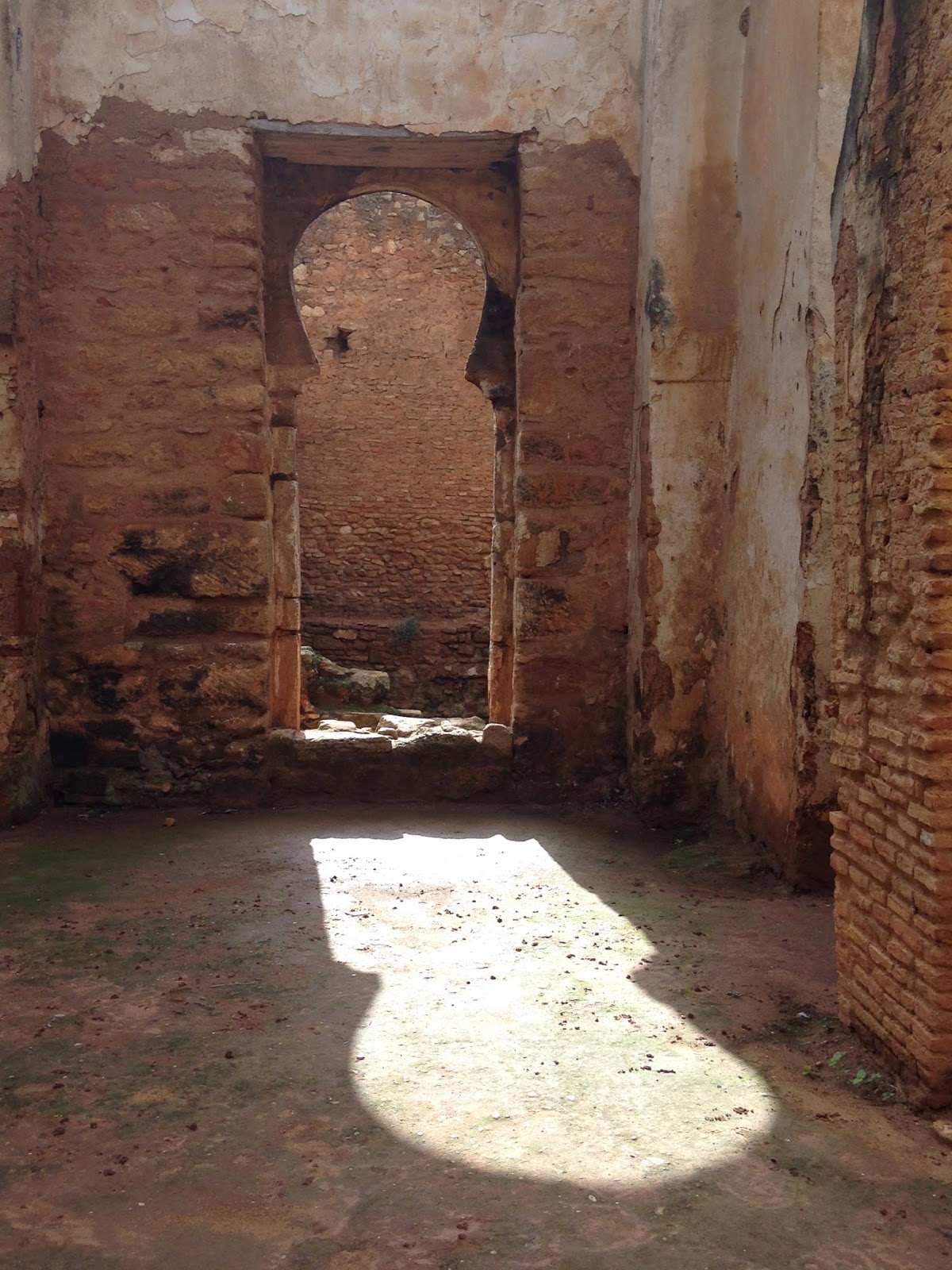