As of yesterday afternoon, I’m back in the saddle…. or hiking boots, more specifically.  Feeling ready and anxious after almost two months of babying my injured shoulder, I ventured out on a real hike with boots, poles and a full camelback.  I hiked  Mt. Royal and although it’s not a long hike (only a mile and a half to the top), it’s not easy as during that short mile and a half, 1,500 feet of altitude are gained, translating to pretty much straight up with no switch backs.  This was a hike that I did several times over the course of my stay here last summer as it was literally right behind where I was staying so there was ease and no excuses in getting to the trail head.  It also became my measure of how much I was improving, which speaks to the Virgo in me.  My first time up was a miserable journey that took over two hours to get to the top and the last time I journeyed up last summer,  I had bettered my time to just over an hour – an accomplishment that I’m quite proud of.  While making my way down that last time and feeling quite smug with my improved time and generally efficiency, I passed my neighbor, jogging up the rocky trail and with still enough breath that he stopped to chat.  So much for my thinking I was “all that…”  I’ve learned while living part-time in this very physically active state that the safest person to compare yourself to IS yourself, otherwise you’re likely to be disappointed.

In keeping with the open and honest approach I’ve decided to take with this blog, I’ve got to back up a bit and do some re-wording.  I hiked Mt. Royal, but I did not make it to the top and I must say, it’s one of the prouder non-accomplishments I’ve had this summer.  It’s real hard for me to not barrel ahead when I can all but see the end, ignoring any physical or emotional signs that are telling me, “enough already!”  Well, yesterday probably within 10 minutes of the top, I experienced one of those “enough” signs.  Up to that point, I had been hiking like a 95 year-old woman in stilettos on ice with a tail wind… being very mindful of foot placement and with an eye on constant patrol for mud, or exposed roots or loose rocks, as I know too well that a quick slip can and does happen.  That’s the part that kind of sucks.  I rather liked that barreling ahead with an eye on the prize and full confidence that I’d summit without a scrape, take some time to revel in the beautiful views and with a proud pat on my own back, would make it down again.  No problem.  But knowing that accidents do happen has changed the way I hike – or at least I was changed for the inaugural hike.  I feel more apprehensive, more cautious and certainly more timid, yet still with the confidence that I can do it as I’ve done it before.  But I also want to do it in a manner that doesn’t require a trip to the ER.

I had to stop several times to catch my breath, totally normal, but by the time I was almost within shouting distance to the top, I started to feel a bit dizzy.  My town of Frisco sits at 9,097 feet, an altitude that can easily have an effect on even the fittest if not acclimated and that’s what I’m going to blame it on.  Having only been back in town for a little over a week, I called myself acclimated, but more than likely was not.  So when that feeling of apprehension, laced with a bit of dizziness came over me, I was very thoughtful of the messages and opted to abort the nearby summit and head back down.  As disappointing as it felt, at the same time I felt very grown up for having listened, very carefully, and followed through with what my body was telling me, which was go home… you already did most of it.  It’s OK.

By the time I got home, I had come to an easy place of peace with my decision and knew that honoring that slight twinge of a feeling was the right thing to do.  And so, in keeping with my hiking tradition of eat what sounds good post hike because I’ve earned it, I sat down to a plate full of spaghetti and several heaping forkfuls of sauerkraut because that’s exactly what my body was asking for… oh yea, and a cold beer…I mean two cold beers, to round it off.  And good it was.  I never falter on post hike refueling.   It’s truly one of my favorite luxuries of the sport.

Today, rather than revisit my not quite accomplished hike from yesterday, (which will happen and soon), I opted for big views, low physical expenditure.  And it worked… satisfyingly well.  The Lower Cataract Lake in the Eagles Nest Wilderness area never ceases to amaze me.  It’s not a hard hike as there’s little to no altitude gain, but it’s enough of a workout that I still get to savor the post hike accolades of feeling strong, committed and a little bit more in tune with nature than I was while driving to the trail head.  I’m not sure I can’t think of a better way to spend a sunny Sunday morning.

Accomplishments come in all sorts of packages and it isn’t necessarily the straight up journey to the top that has given me the most pride.  Yesterday it was NOT making it to the top that made me the proudest.  Next time… 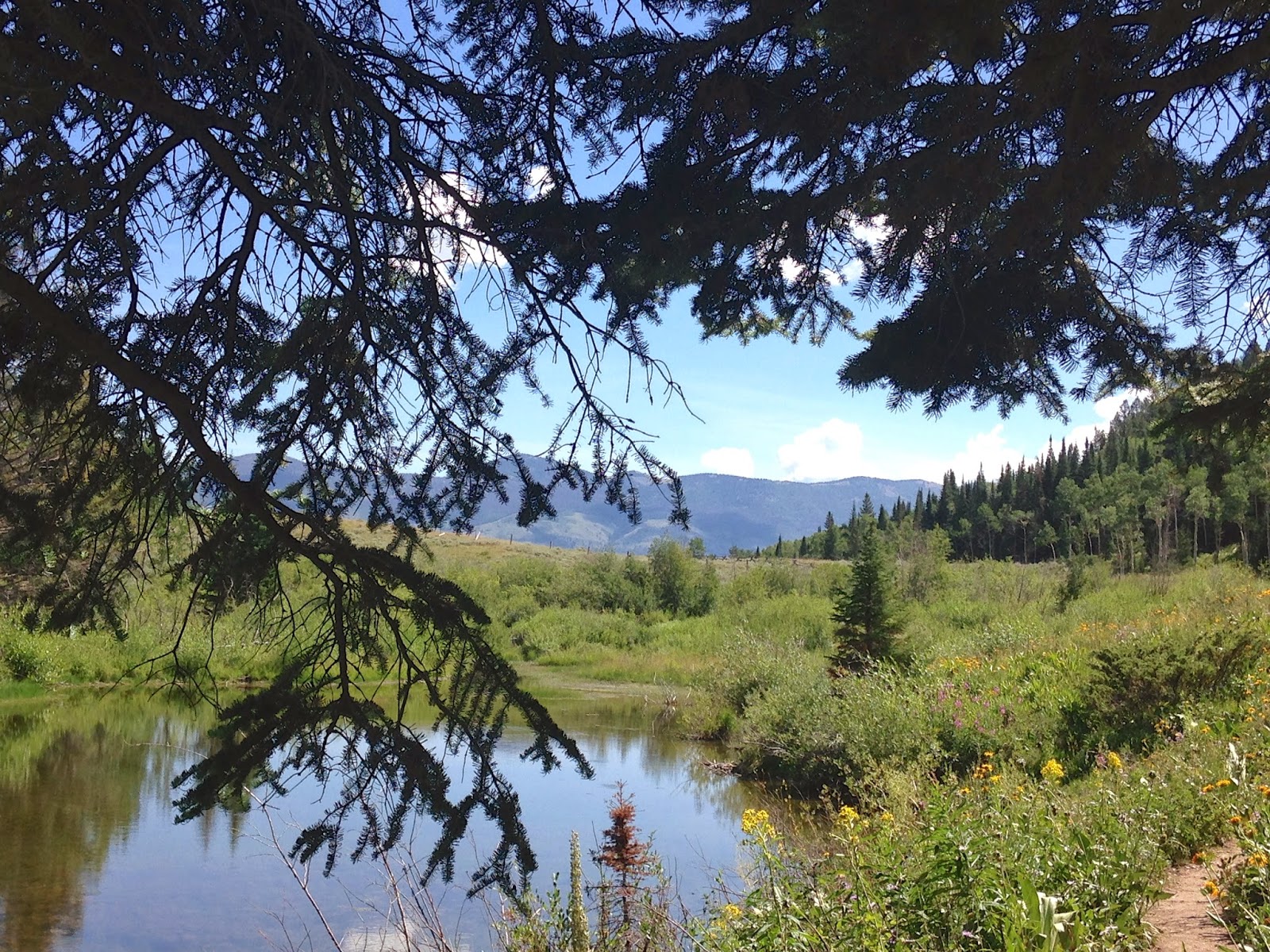