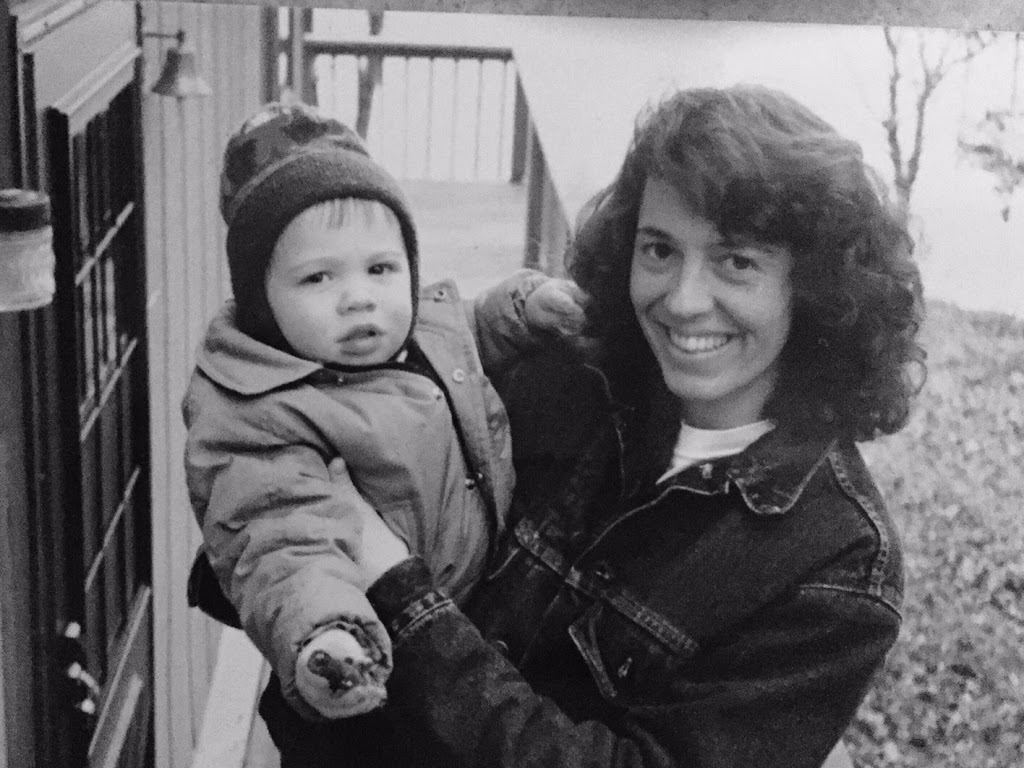 My first born, Thomas, started giving me advice at the tender age of not even two.  His advice and my need for it hasn’t changed, although his delivery has become  more fine tuned over the years. When he was not yet two and after a difficult day with his baby brother of just a few months, I asked him,  rhetorically of course,  how in the world I was supposed to deal with a baby who cried all day.  (It’s possible that I was simply thinking out loud, but I got an answer anyway…)

Just love him.  And that’s how a Mom who was working so hard at attempting to do everything right   was brought to her core on getting things prioritized.  Just love him, Mama.  And of course I did, but  with two under age two, there were days that were challenging.  I’ll often hear that sweet nugget of advice when I’m going through a frustrating time with someone I care deeply about.  Just love him.  Just that.  As he matured, to the ripe ole age of 4 or 5, he began to answer questions with a much more methodical approach. With a tilt of his head, an uplifted chin and as much knitting as a four year-old brow can muster, he’d respond,

“Let’s think about that until Saturday night, Mom.”

This was his answer to not having an answer and by the way, that promised answer never arrived on Saturday night.  But he was right.  Sometimes with a problem or a question, rather than jumping on it it’s best to just wait and ruminate a bit… until Saturday night or so…

That kid, that never short on words kid, who had a huge imagination and an even bigger heart has grown up and is going to be 30 soon.  30 years old.  That same 30 years old that I was when I gave birth to him.  That’s the part that I’m having a hard time wrapping my head around.  Age and the passage of time I’ve learned are concepts that only become more confusing as we age and thinking about it only seems to make it even more confusing.

I shared my son’s upcoming significant birthday with someone in my yoga class a few day ago while in a conversation about our kids and her comment was,

I paused.  I thought about what she said.  I paused again, not sure if I even wanted to be having this conversation that I initiated with someone I barely knew, but felt the need to clarify.   The truth of the matter was that my son at almost age 30 is FAR more mature than I was when I entered my 3rd decade.  My entrance to age 30 found me with an long list of jobs and states lived in to work those jobs,  along with a mismatched string of college credits from 4 schools,  all held together under a a belt of dreams.

While in my late 20’s, I thought 30 would signal the end of the wandering, the adventures, the flying by the seat of my pants and living out of suitcases because it seemed too old to me to be doing those sorts of things – old in a sense of the responsibilities of marriage and mortgages and kids on the horizon taking priority over all else, whether I was ready or not.  So I pushed that 20’s envelope and filled it up with a lot of sampling and experimenting and hopping around, while hoping I’d discover who I was and what I was supposed to be doing in the process.  As I started pushing 30, I found much of what I had been searching for and cliche as it may sound, it was with me all along.  Dorothy’s red shoes just needed to be clicked.  I returned to Kansas from Alaska, cobbled together and added to my collection of college credits to arrive at a BA in Anthropology, got married and gave birth to my first child.  It was a big year for me and one that felt like I had raced into head on, totally out of breath and slightly disheveled, as I crossed over the finish line to 30, right in step with the tick tock of my biological clock and ready for the responsibilities ahead. Had someone told me that I could slow down and take my time as 29 or 30 or 32 were all just numbers, I’m not sure I would have believed them because society seemed to be telling me otherwise, or at least that’s how I heard it.  Not only was I supposed to be somewhat settled by 30, but it was a good age to start minding the  biological clock and doing the math, that is if I hadn’t already started that process.   Ironically, I’ve handled sequential entrances into new decades in a similar manner with the pendulum of time swinging rather radically on birthdays that end in a “0” and settling down by the 1’s and 2’s.

No, my son is not like I was at almost 30.   His approach, while still enjoying the adventure of trying new things and the courage to leave his comfort zone to do that,  has been far more methodical and thoughtful than mine.  No doubt he’ll enter into his next decade with more maturity and calm than I  had and not the least bit disheveled or out of breath.  I’m not surprised, and could not be prouder of him.

So, my 60-year-old self, looking back on my 30-year-old self, giving birth to my first born on the 30th of this month (which also happens to be the day of my birth, just a different year and month) has me feeling very full-hearted, grateful and nostalgic to a point that I know if I stay too long in this place I’ll be a hunched over mess of a mom tearfully turning pages of a photo album and wishing I had toddlers again, because there will never be anything like that again for me and those really were the days.  But these are also the days!

When a mom looks at her baby, her toddler, her young school-aged child, she doesn’t really think about who they will be as an adult, or at least I didn’t.  I couldn’t get past college age in my imagination.  I can remember when my kids were very small, trying to scan crowds to find someone who I thought they’d look like given their characteristics that were already prominent.  Old habits die hard as this started for me as a child looking through the Sears catalog trying to decide what my kids would look like.  Of course I had no husband or even a boyfriend at that time to represent  the other genetic half, which meant I had to do some wandering through the men’s section to shop for features that would compliment my own and would be passed onto our incredibly perfect children.  Other attributes such as artistic ability, athleticism, intelligence,  a strong moral code and so on, were never considered, at least not then.  That would come later.

I guess it is later now and I’ve got an almost 3 decader who has surpassed any of the hopes I had for him and continues to do so.  When I look at that advice giving toddler who has become a man and think that I had a part in that,  I’m a without words kind of overwhelmed.  Seeing my own mannerisms in his or hearing him use and pass on my made up words and phrases in conversation with his peers paired up with a sense of humor that feels very familiar to me, melts my heart.

The one thing a new mom and even a not so new mom is guaranteed to hear over and over again to the point of annoyance, especially with its sad-eyed delivery, is how fast time goes by and how quickly your children will grow up.  I understand that now, simply because I’ve lived it, but hearing it when your toddler is pitching a fit on the grocery store floor because you won’t buy him (or her…) candy at the check out counter more than once had me wanting to respond….”And that would be a BAD thing???”

Yes, those years flew by and although I love to go back and remember,  I can’t immerse myself for too long into the old photo albums because I know myself too well, and it’s a slippery slope of a place for me.  Old photos aside, what I can do now is cherish who all 3 of my once toddler,  now adult children, have become and the strength of the relationships I have with them.  I can go on vacation with them and not have to pack for them, schlep car seats and strollers and counteless bags of Cheerios because heaven help me if I run out of food,  and cross my fingers that no toy guns were inserted into backpacks when my back was turned, which I know from experience can slow down a security line to a halt and rev up a lot of passenger’s tempers.  Instead, the travel has shifted to equally shared experiences with no one doing the heavy lifting and everyone enjoying a beer at night upon arrival.  Adult children are fun and so worth the wait. Sure, time flies, even faster if you’re not paying attention,  but isn’t the whole point that you still have that time in your in your clutches?  Another person in yoga a few days back told me she wished she could freeze her kids at the ages they are now, 7 and 9.  My response  to her was just to wait as every year gets better, except for a few of those middle school years, but I kept that to myself.  One day they will be men who you will adore  spending time with.  I think she was a bit put off by thinking of her not yet teen boys as men, and I understand that, but still, I couldn’t let her comment go by without my seasoned and experienced response.

Time flies and its passage is much easier when you can make peace with that and embrace the changes that go hand in hand.  My firstborn will always be my firstborn whether he’s almost two or almost 30.  He’s just a more developed version now of that curly headed tot who was never without words and was more than happy to dispense advice, whether solicited or not.  I loved him far more than I ever thought I could love anyone, but not near as much as I love him today.  And that, on the heels of his 30th birthday, I’m going to think about until Saturday night.