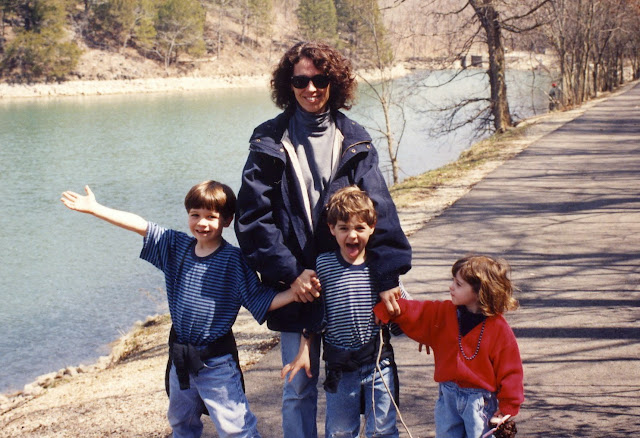 I was asked the other day by my cousin’s daughter, who is in her 3rd trimester of pregnancy, if I knew how long the umbilical cord was.  I didn’t know. But really, I did, but didn’t want to tell her.  The umbilical cord is as long as it needs to be, and although the physical cord is birthed with the baby, the emotional cord connects you and your child forever and ever.  Mine once stretched all the way to the highlands of Peru, when I learned that my non-Spanish speaking, traveling alone daughter, had found herself on a bus in the middle of nowhere, with a flat tire, a steep drop off and more than one person asking if she was alone.  Alone as in, can I help you???  Or alone as in, I can take advantage of you.  And of course night was approaching. Thankfully,  I got word of this AFTER the fact and not during and although she ended up being safe, I felt the ache from the stretched umbilical cord for a long time afterwards. That same invisible cord has found its way to Chicago multiple times when my son Grant lived there and has great muscle memory for Portland, where my oldest son Thomas and my daughter-in-law Brooke live.

There were a whole lot of other things that I could have shared with this soon to be mom, but she will learn these things on her own, and with her child as her teacher.  She’ll learn that all those things she vowed she’d never do as a mom,  she will do.  Multiple times.  I was determined to give my kids the healthiest food I could and convinced my oldest for quite some time that rice cakes were cookies and green beans were snacks – the good kind of snacks that you asked for before they were even offered.  But the day came when I strayed and popcorn became a vegetable, ice cream covered us in the dairy requirements and more than once I tried to make a meal out of condiments.  Some days simply didn’t have the hours I needed to get out the serving dishes and have something to put in them.  Or maybe I was just tired.  Yeah.  I think that was the reason.

With hands on hips, I told my kids I would not be the mom who ran stuff up to the school that they had forgotten.  Period.  End of story.  Don’t even ask.  The first time my oldest  called me during his freshman year of high school to tell me he had forgotten his soccer uniform and it was game day, I couldn’t get in my car fast enough to bail him out.  He had, after all, given me almost 9 years of no asking so just this once, right?  On about the 4th trip to the school office, with my usual accessory of a soccer uniform under my arm, the attendance clerk told me that as long as I continued to bring his forgotten items to him, he would never learn.  I responded with a “Oh I know… I’m not a mom that does that…normally…. but these are emergency exceptions.”  I’m totally that Mom and it would appear I’m a lying mom as well.  If said son had forgotten something he needed in his class in law school IN PORTLAND, OREGON, I would have had the car headed west before he had finished with his plea, but he never asked.

Preconceived notions of perfection in child rearing take a back seat to reality and as a mom with experience, I can say that the crucial decision of whether to go by the books or by the seat of the pants is usually made on the fly when there is no other option but by the seat of the pants.  Tired also plays into the decision making process and with 3 under age 4, that’s my defense, and I’m sticking to it.

I had to remind at least one of my kids to stop telling me that such and suches mom makes a fresh from the oven home made treat for after school snacks each and every day and lays it out buffet style for the kids to enjoy after school.  Seriously?  Well I’m never going to do that.  The next week, I stocked up on muffin mixes and tried my damnedest to be that mom.  I failed.  My straight from the box and into the oven muffins were not what I was about and my kids saw right through my poorly pieced together mom of the year facade.  What was my normal was putting my school-aged kids in the car at eleven o’clock at night and heading to the store for licorice or skittles or day old donuts because we were watching a movie and the popcorn wasn’t cutting it.  Oh yes, and I was usually in my slippers because when you make a fast get away, shoes are the last thing you think of.  THAT is who I am.   The same mom,  who showed up in her slippers at the grocery store used to fold herself into a small closet with her then preschool-aged sons and have sleepovers because it was an adventure.  She was also the mom that asked for a roto tiller for Mother’s Day one year, much to the dismay and disappointment of her 5 year-old daughter, who desperately wanted her to want make up for Mother’s Day.

I thought that gathered around the hearth, all squishy and smiley and in coordinating colors while we created the memories of a lifetime, was what it was all about, in part because the articles in the magazines said so.  More than once, post holiday, I would silently scold myself, insisting that I’d get it right the next time, when in reality, I couldn’t have been more right and the memories and traditions were made whether I was armed with a cookie cutter and a glue stick or not.  Who gathers around a hearth anyway?  In keeping with the importance of tradition, whether mine or the magazine’s, I decided when the kids were little to let them choose what their birthday celebration would look like, including the restaurant choice.  My middle child, Grant, at age 3, decided that eating at home was better than any restaurant, and chose his favorite foods for his birthday celebration menu…cantaloupe and hot dogs.   He also insisted on all of us “dressing for dinner, ” which for the all the boys meant blazers (no ties required) and for Emery and I, dresses.  He wore a pair of too short, too tight, red plaid pants, water shoes, a green muscle shirt and of course the required navy blue blazer.  It was perfectly imperfect, right down to the mismatched paper plates.  Of course at the time, I wondered if I should have over-ridden the menu choice, but now I realize that giving the one celebrating the birthday total control, was and still is, the right thing to do.  We did stay with the traditional over-iced, white sheet cake from the grocery store though.

That seat of the pants mothering that sometimes comes out of a box and sometimes doesn’t wear shoes or adhere to a schedule, is something I see very clearly today in each one of my children even though none are mothers, or fathers for that matter.   I could not be prouder as a mom for that.  When you can look at your kids and say to yourself, ‘hey, I recognize that person because it’s me!’… well, it doesn’t get any better than that, unless of course it’s the negative stuff and in that case, look away. They may have a leg up on me when it comes to food preparation (no boxed muffins in their cupboards), but the thread of salt of the earth with a little bit of crazy and a whole lot of love has connected us all.

Emery wrote a Mother’s Day essay for me when she was in middle school and it has hung on my closet wall ever since.  I can’t step foot into my closet without re-reading at least one line of it and the line that keeps coming into my field of vision is this:

“My mom is kind of like an old pair of socks, warm and cozy yet worn and tough.”

Well there you go.  To all the seasoned moms, the new moms and the moms to be, cozy, worn and tough beats homemade muffins spread out buffet style any day, or at least it does for me.  Happy, happy day of YOU!  We’re all mothers to someone, whether we know it or not, and that someone is very grateful, and not just on Mother’s Day.