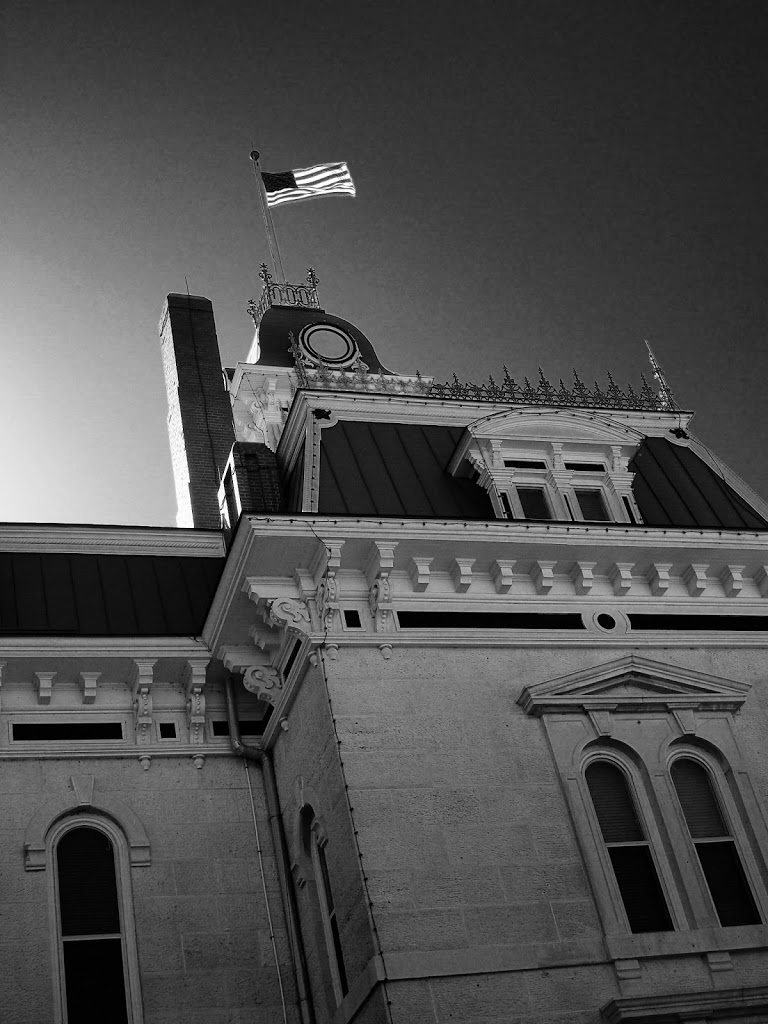 Last week, because being in my house was so miserable, I got in my car and drove.  This was on the heels of my 16 hour driving home adventure from Colorado 3 days earlier, so the pump was primed.  I’ve got to back up a bit here and explain the details of my normally very happy, peaceful and comfortable home….

I had new hardwood floors installed in my family room, which meant that all the furniture in that room had to be moved to other rooms.  I have an old house with lots of small rooms, narrow hallways and tight corners, making it a disaster when it comes to moving furniture from one room to another.  The result was having my furniture stacked and stuffed everywhere, which was an adventure on the first day, but midway into the 2nd day, after climbing over a couch then having to walk across a kitchen table just to get to the kitchen, it was no longer fun.  I also had to go outside and walk around the house to enter the garage because the interior door was blocked.  This did not fare well for someone who is constantly running back into the house because I’ve forgotten something.  Passageways were so narrow that I had to bring groceries inside by the handfuls as there wasn’t enough room to get both the grocery bag and me through the narrow slots between the furniture .  Add to that, no internet, no TV and really no place to sit, short of the dining room table or my bed.  I tried hard not to complain, too much, but that, for 6 very long days,  was the edge of my limits.  Of course the silver lining to the whole mess was my desperate need to escape my house, hence my wander through the Flint Hills.

I love the Flint Hills, yet have only stopped and enjoyed them a handful of times.   Every time I get a glimpse of them from I-70 during my many Colorado trips, I make a mental note to make them a destination, not a pass through, and so this time,  that was exactly what I did. And just like my wander through Eastern Colorado and Kansas several days ago,  I went old school and dug out the atlas for guidance.

Of course I chose the hottest day of the year, with readouts hovering between 104 and 106 on my car, making getting out and wandering around not all that much fun, but I suffered through, took some photos and when I had enough,  made my way to Cottonwood Falls.  It is one of the first settlements in Kansas and it doesn’t look like it has gotten much bigger since its beginnings, tipping in with a population of just over 1,000 folks.  It has one of the most stunning courthouses I’ve ever seen, which claims the honors of being THE oldest courthouse in continual use west of the Mississippi.  I’m not a history buff, but I am a cool building buff and seeing  this beautiful building for the 3rd time,  still got  to me. It was just after 5:00 when I got into town and the streets were pretty empty of both cars and people.  I do love wandering around these small towns, especially when they are so eerily quiet.  I lived in a couple of very small towns as a little girl and have to think that I’m tapping into a vague memory of something that feels very familiar,  but that I have no distinct memory of.  From Cottonwood Falls, I drove to Florence, KS, simply because it sounded like a pretty place and I didn’t feel quite “done” with my exploring.  Florence, Kansas, population under 500, was even quieter than Cottonwood Falls, but it wasn’t the the town of Florence that became the gift that night, but rather what I found enroute…. a small school house, sitting by itself in an open field.  I took a quick look then drove on into Florence, saving a more thorough look around for when the sun was just a little bit lower in the sky. The simple beauty of the schoolhouse in this beautiful setting speaks for itself in the photo.  It was on a quiet road so I was able to park the car, turn up the music and simply sit and enjoy what was in front of me under the changing light.  It’s so easy to get caught up in the frenzy of life, whether justified or not, and to be able to simply sit and enjoy the quiet scenery felt very healing.  On a side note, I read about the school when I got home and learned that the Bichet School had opened its doors on Jan. 1, 1896 and served the French speaking children in nearby Florence.  It closed in 1946 when it was down to two students, siblings, who then purchased it at auction for $600.  It has continuously remained in the family ever since.  At the very end of the information regarding the school was this:

Visit Instructions:  You must post a photo with your detailed description of your visit.

I hope my descriptions were detailed enough…

The party was over once the sun went down and with a full tank of gas, I drove home.  I learned my lesson on that a few nights earlier, when on a very remote road, I found my gas gauge moving to the left a little faster than I had anticipated.

For someone who has never really enjoyed driving, there has been a shift here, which is a bit of a surprise to me. I would have never guessed a few years ago that I’d find comfort and inspiration,  along with a creative outlet,  simply by getting in my car and driving to a rather vague, make it up as I go along,  destination.  Throughout this process, I’ve discovered not only the beauty of a “destination-less roadtrip,” but am learning quite a bit about myself also as I wander through and STOP at locations that I once considered “drive through only” areas.   The beauty is there, but sometimes it means having to look beyond initial expectations to see it.

One of my friends told me that she thought it might be a good idea to put a chip in me in case I’m ever lost.  I laughed, but now am thinking that maybe that’s not such a bad idea.