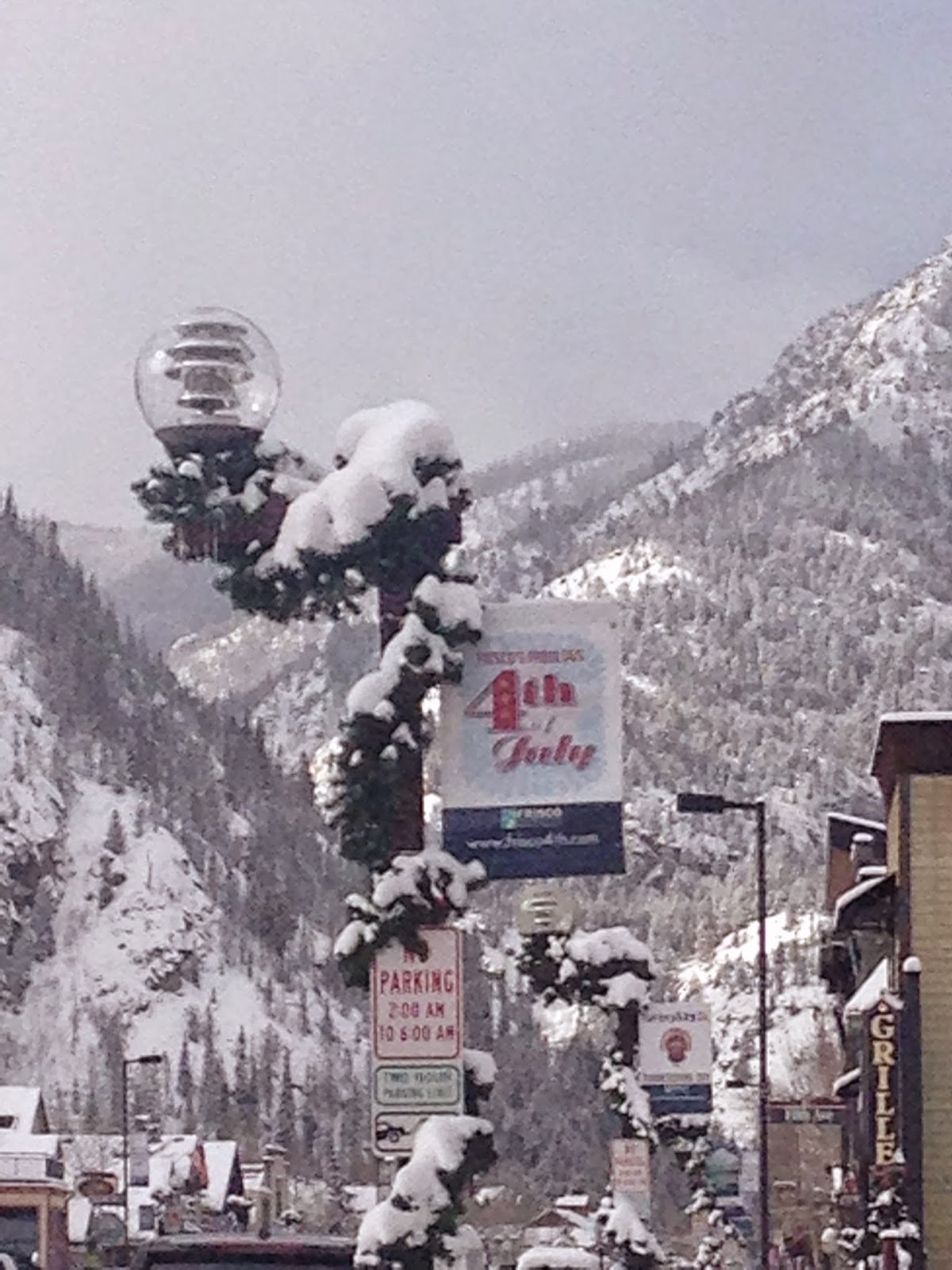 I had been in Colorado for a few weeks with no new snow and snow melting temperatures,  so when the day came with a forecast of a few inches of snow, which overnight turned into a quick 7,  I was very anxious to strap  on my boots and skis and go play.  I’ve never been a skier who feels the need to make the first tracks down the mountain, so with the Copper Mountain bus schedule in mind, I set a leisurely 9:30 as my departure (9:35, specifically), which would have me comfortably in the usually short lift line by 10:00ish.

I made it to the bus stop (a short block from my house, 96 paces to be exact) with time to spare, but minutes before the bus was to arrive, I realized that I didn’t have my ski pass with me, so knowing full well that I’d miss the bus and would have to catch the next one 25 minutes later, I leisurely walked back to my place and grabbed my pass.  Once back to the bus stop, I realized I had neither a credit card or cash with me, so, once again, I walked BACK to my place and grabbed my credit card, this time with time to spare before my now 2nd bus choice.  At this point, things were not looking good, but I stayed the course in anticipation of the fun ahead.  While waiting,  I saw my neighbor and started talking to her and was so distracted that when the first Summit Stage bus came along,  I said  goodbye and jumped on without a thought.  When the bus driver started going a different direction that I was used to, I realized I had gotten on the wrong bus  (the bus to Breckenridge comes one minute before the Copper Mountain bus).   I could have gotten off at the next stop, but my pride got in my way (who gets off at the hospital stop with skis??  Or the high school stop??)  So, pride winning, I decided I was in it for the long haul and rode to the Breckenridge station, while trying to make the best of the unscheduled tour that I had just added on to my normally 15 minute ride.

This was a pivotal moment for me.  I could either regret, bemoan, continually look at my watch and sigh with the stupid mistake that would cost me a few hours of skiing once everything was said and done,  OR I could just go with it, and try to find the positive in the situation, which I did.  While getting off the bus to transfer, I asked the driver when the next bus to Frisco was (I was going to have to start all over on the process as there was no bus to Copper Mountain from Breckenridge), and he gave me an odd look, or so it appeared, as I could hardly make eye contact given my embarrassment.  He directed me to the stop, which had a timetable posted and with skis in tow, I got off and waited for the bus to take me to where I had just come from.  Again, make the best of the situation.

There was a woman waiting at the stop with me who was headed to the hospital as she had fallen a few days earlier and thought she may have broken a rib.  I’m guessing she was about my age, but it was hard to tell as she was bundled up in a long wool coat and a scarf that could have doubled as a blanket.  We started talking and she told me about her stupid fall (her words) and how her friend from Iowa had come to visit her and had done the same thing and was now at her house unable to get up off the couch.  She was from Alma, a small mountain town on the other side of the Hoosier Pass, and had driven down to Breckenridge (a drive that scares me on a dry pavement summer day) to catch the bus to the hospital.  She told me that she and her friend had planned on coming to Breckenridge for lunch and a nice afternoon before for the falls happened, but with her friend prone on her couch and her on the bus to the hospital,  all bets were off for fun in Breckenridge. The shift of plans, and with an out of town visitor no less, made me feel just the tiniest bit guilty for the focus I was putting on what now seemed to be nothing.  Big deal.  I got on the wrong bus.

A few minutes into the ride, she pulled a paper plate out of her large tote bag,  peeled back the plastic wrap,  and before digging in, asked me if I wanted some.  I wasn’t sure what it was and was so struck by the fact that she was toting a plate of food in her bag that I’m sure I had an inappropriate gaping mouth stare for far to long than I should have.  I thanked her, but nicely declined.  The norm would have been a Cliff Bar or maybe a piece of fruit.  I liked that she carried a plastic covered plate of food instead.  It seemed charming in an eccentric sort of way.

After she got off, my focus shifted to a mother and her two sons (7 and 9, I guessed) who’s accent told me she was likely from New Zealand.  The boys were high energy and quite frankly rather annoying and after scolding them several times and asking them to play quieter (they both were playing video games on a shared phone), she finally got up and moved to the seat behind them, in a bit of an exasperated move.  The boys got up and tried to sit with her several times, but she wasn’t having it and in an firm voice that she was trying to keep to an unnoticeable whisper, she gave them multiple warnings. With two boys 18 months a part, this was a very familiar scene to me and I admired her moxie for simply getting up and changing seats.  There was a time I wouldn’t have considered that to be “mom legal”  but maybe rules are different in New Zealand.  Although I could hardly blame her, there was a  part of me that wanted to tell her that yes, they are loud, they are annoying, they are exhausting and frustrating,  but there will be a day when they are in their late 20’s and maybe or maybe not living close by, that you will miss this…obnoxious, over-energized behavior and all.  Holy cow.  I’ve turned into that mom who looks longingly at other moms with kids who aren’t yet shaving or in make-up and heels.  Even though it’s been a couple of decades since I was scolding young boys and telling them to keep their hands to themselves,  there are times that it really does seem like it was last week.  More than once, I can remember hearing from moms a few decades ahead of me, that the time really does fly by and to savor the moment.  I’d kindly thank them while  quickly returning to the task at hand, which usually wasn’t real pretty.  Only when you have reached that point in time can you understand.  Note to all moms with kids still young enough that you’ve got a bit of hands on hips, stern faced control over them, time really does speed by and what becomes important is rarely what you anticipated.

I got off at the bus stop near my house, waited for the Copper bus and was back in route, this time the right route, and was in the lift line just short of 2 hours later than what I had planned.  Honestly, I didn’t miss all that much, but rather collected a couple of fun and interesting memories that nudged me to be present, find the good, the interesting, and the inspiration in the moment and simply be grateful because it really is the journey that is far more memorable than the destination.

I remember the sky was blue, the sun was shining and the mountain had a nice fresh coating of powder, but it’s the woman in the big coat with a plate of food in her bag and two energetic boys and their tired mom that have become the bigger memory for me that day. 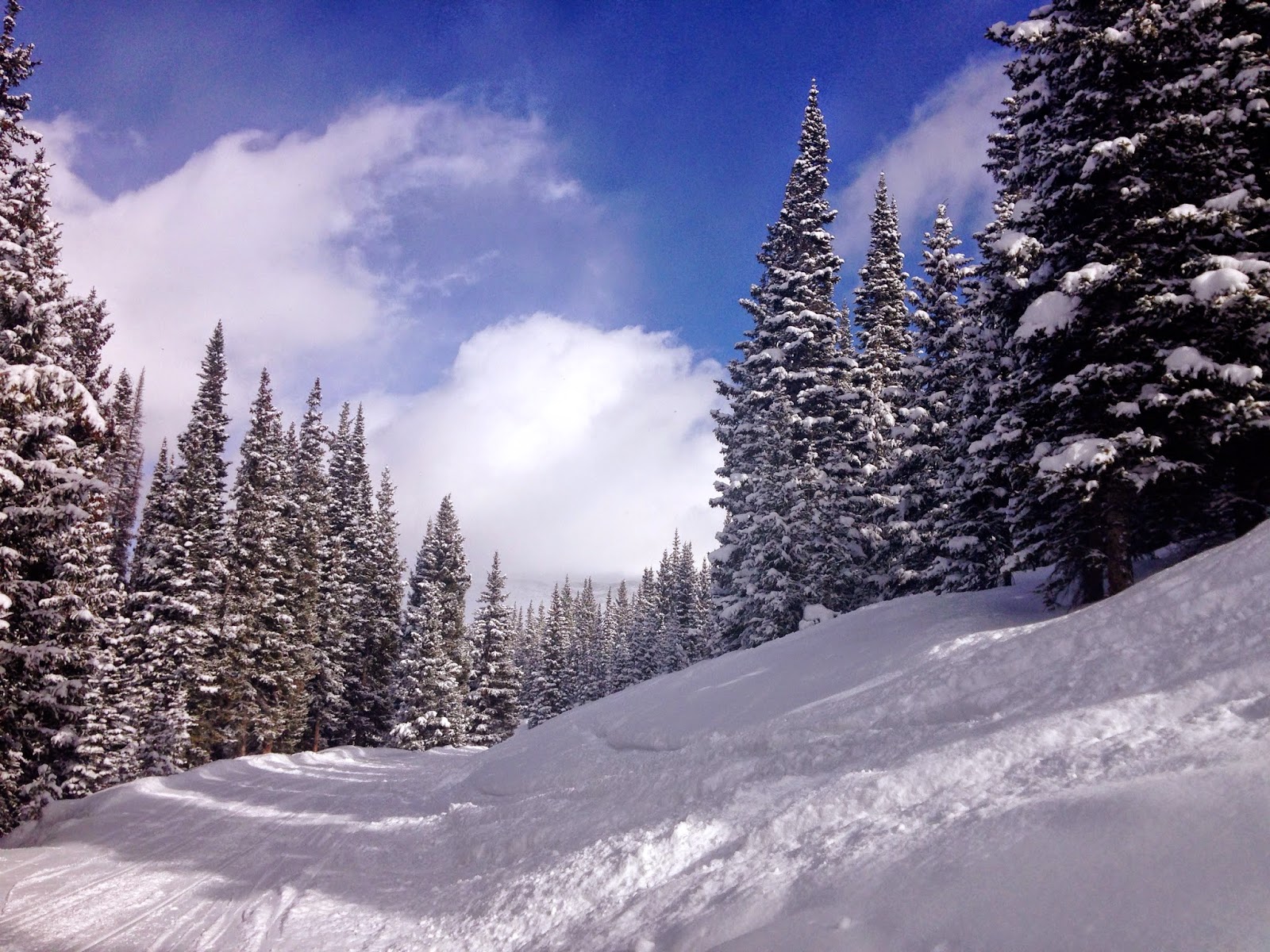