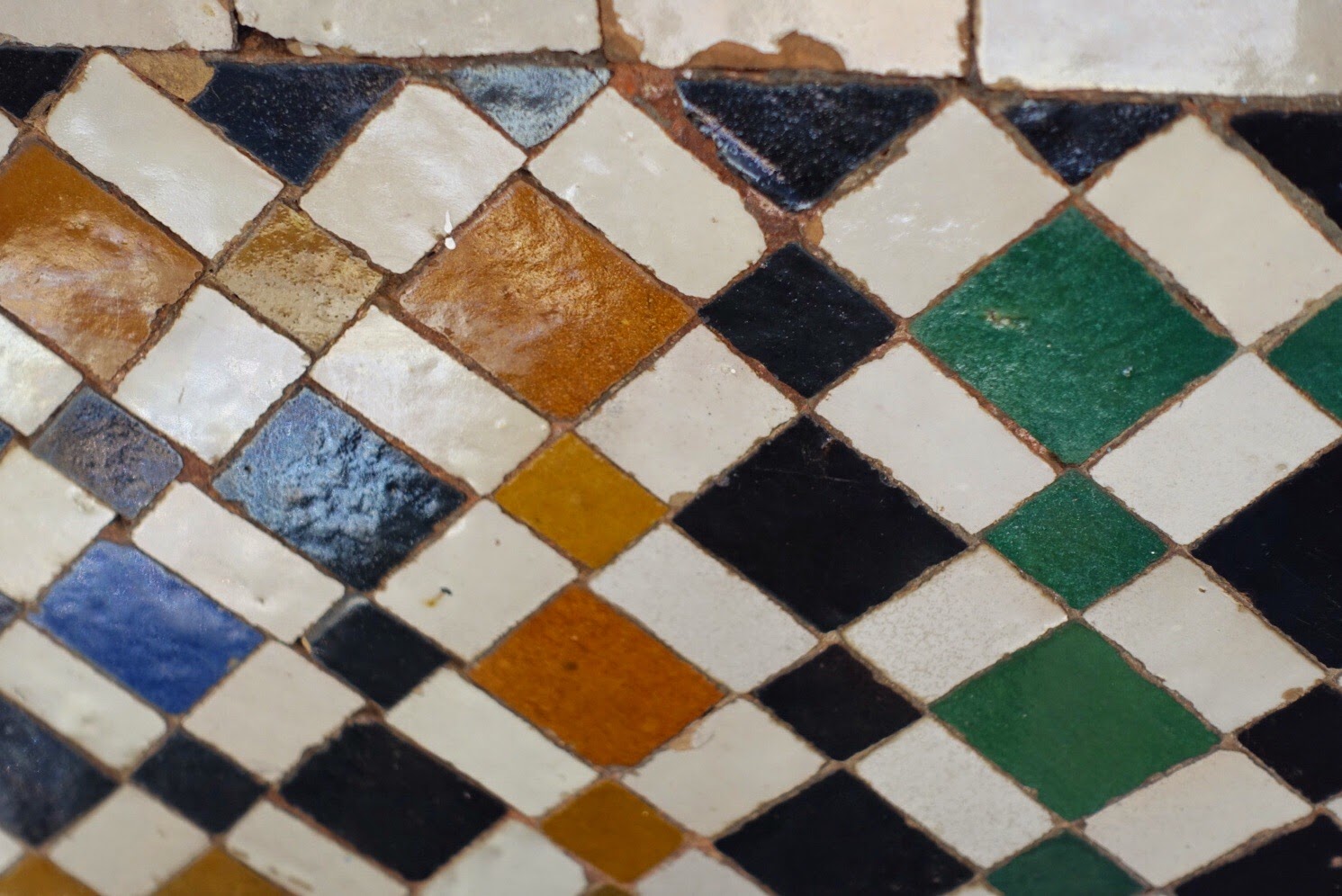 I really have no idea as to the impact I had this morning during my first day teaching English, but I
was given an exquisitely drawn rendering of my name in Arabic by the one student that told me
without words that she was not going to talk.  Instead, she carefully drew a very stylized version of my name in Arabic.  Every once and a while, I’d notice her looking up from her drawing, with a

grin or a chuckle at something I had said, so speak or not, I think she understood more than she wanted to admit, and was simply shy about speaking.

There were 20 some students at the school, mostly all female (3 male students trickled in during the
course of the class, which surprised me, but I was told that men were allowed to come for the English lessons).  Although they all had different skill levels, the one thing they had in common was their desire to learn.  I was with another volunteer from the house, Kelsey, which made it a bit easier, if not to simply have someone to share glances of “what do we do now???”  We eventually decided that breaking into two groups of ten might make conversing a bit easier, and it did.  Because we didn’t know what their English abilities were going to be, we didn’t bring any materials with us so were winging it all the way.  I did, however, bring some photos I had of my family and my life,  as I thought it would make for a good conversation starter (although their abilities varied tremendously,
they all seemed to be able to understand most of what I said and string simple sentences together).

Shortly after passing the photos around, I noticed that the woman seated next to me had put her head down on the table.  I thought that perhaps she wasn’t feeling well, but soon noticed that she was
crying.  She explained to me that her son lived in California and she missed him terribly, and seeing
the photos of me with my children made her sad.  Of course I felt terrible and any momentum I had
made with my now smaller group of students, was quickly lost.  One of the other women gave me a glance and unsaid permission to go on as she would be fine.  Maybe this happens a lot?  I couldn’t help but remember something that Mohamed had told us the previous day and that was to never take the worth of our passport for granted.  In Morocco, you have to have a visa to leave the country, which has to be applied for months ahead of time, along with a $160 fee.  He said then you may or may not get the visa and don’t know until you are notified by mail.  Of course the $160 is lost either way (minimum wage is $250 a month, so a $160 fee is quite a bit of money).  This poor woman, working so hard on her English so she will be able to speak English for “when I’m in America,” may not even be able to get a visa in the first place.

I had just gotten started again with my impromptu teaching, when the same woman grabbed my arm
and pulled me closer to her and told me she had recently had an operation.  It took a few tries of her
telling me, but I was finally able to put it together that she had breast cancer, had recently had a mastectomy and had just finished radiation.  She may have found a friend, but I’m not sure sitting
next to me is such a good idea as I think she was trying to turn a classroom situation into “private lessons.”

I pulled out just about everything I had, as they patiently waited to see what I had for them next.  No
one, except for my new best friend, wanted to take any initiative on the talking short of the guy in my
class who was very interested in learning more about Las Vegas.  I’ve only been there once, but did my best to stretch out what little I had.  Oh,  and he wondered…”did I eat at McDonalds a lot??  This
was no easy feat today, and if I didn’t have something to tell them, they would quickly fall into spirited conversations among themselves… of course, all in Arabic.  I experienced several of those
awkward moments of watching myself as I tried to work my way back into the attention of everyone
that was surrounding me at the table.  And slowly, I’d be able to work myself back into visibility with anything I could pull up… “What did you do yesterday?  Wasn’t it hot??”   Sorry folks, but short of
asking you your favorite color, that’s all I’ve got.  I know it will get better.

Kelsey had a similar experience with her group, so once back at the house, we started pouring
through stacks of materials we found in a supply closet and were relieved to at least have something to work with tomorrow.  This is a free language school for the students and is staffed with only with volunteers.  I always wonder how much impact I’m really making during volunteer situations like this, but when Mohammad told us that if we weren’t there, they wouldn’t have class, made me realize
that we absolutely were making a difference, regardless of how inept I felt today.  Teachers, I’ve
always had the utmost respect for what you do, but that respect doubled today.

The rest of the group volunteered at the children’s orphanage or the children’s hospital.   After hearing
their stories, I know I made the right choice in my job placement.  Most of the children at the
orphanage were “thrown away” after birth by single mothers in order to avoid jail time, as giving
birth out of wedlock is punishable by law.  One of the other volunteers told me that most of them were severely deformed and needed complete care.  She also told me that the place was immaculate and that the children were very well cared for.

I remember the long quiet rides back to house after volunteering at my placement in Perú and today was no different.  No doubt, first and foremost on all of our minds was how fortunate we were that we were born in the United States.  It’s easy to forget that…

We had an afternoon of site seeing, with time inside the medina (the old walled town) an ancient fort
and our first glimpse of the ocean.  The colors were amazing. 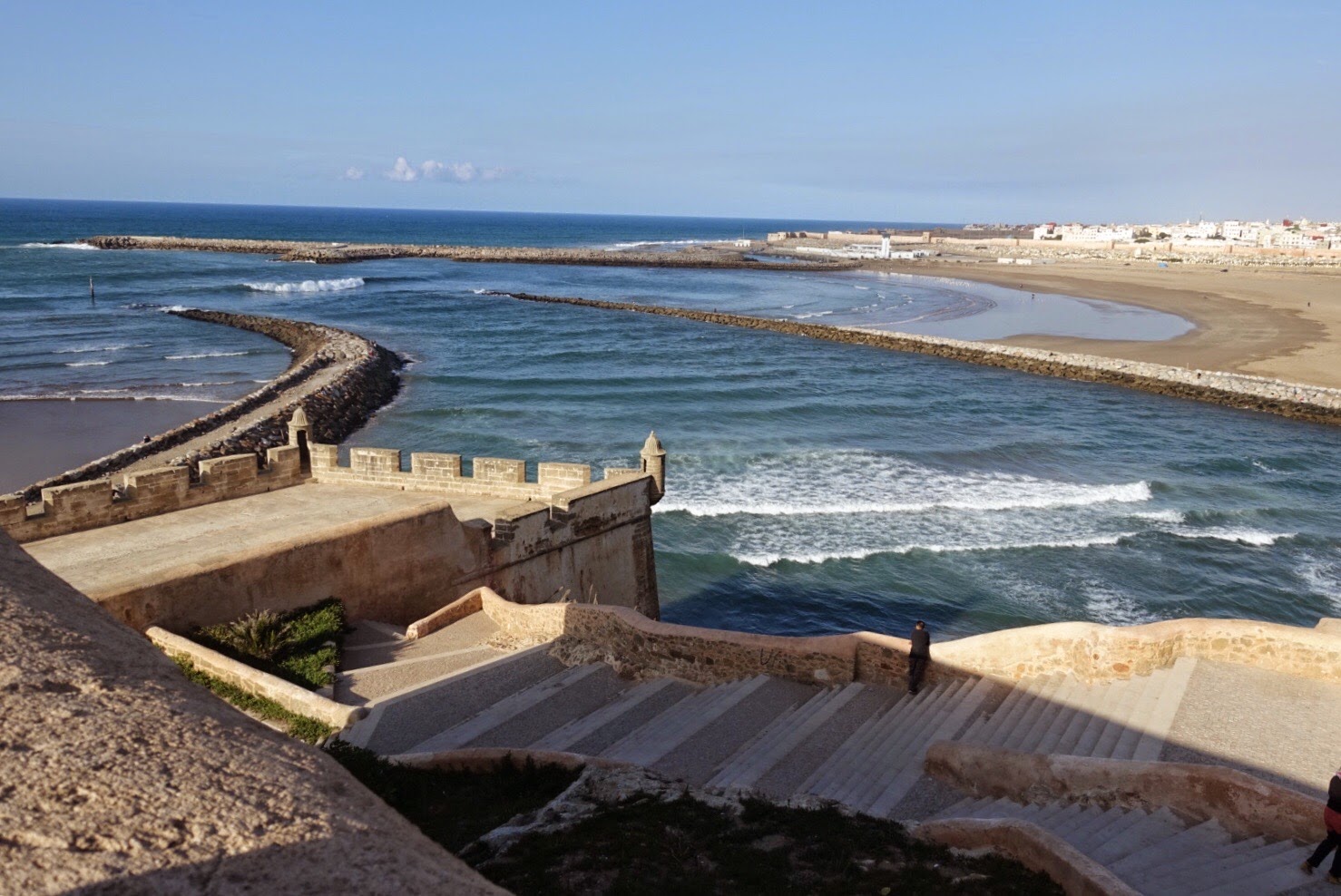 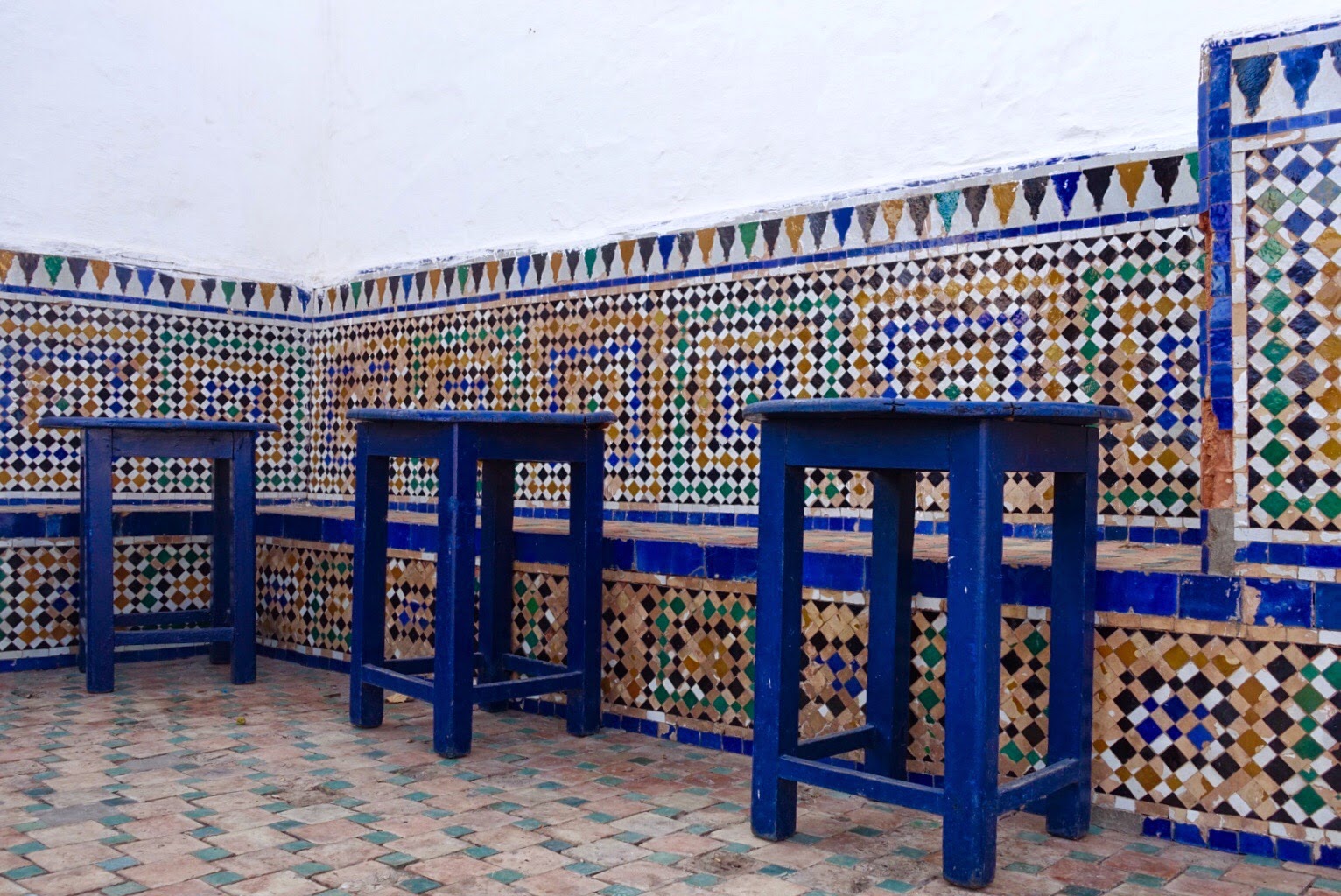 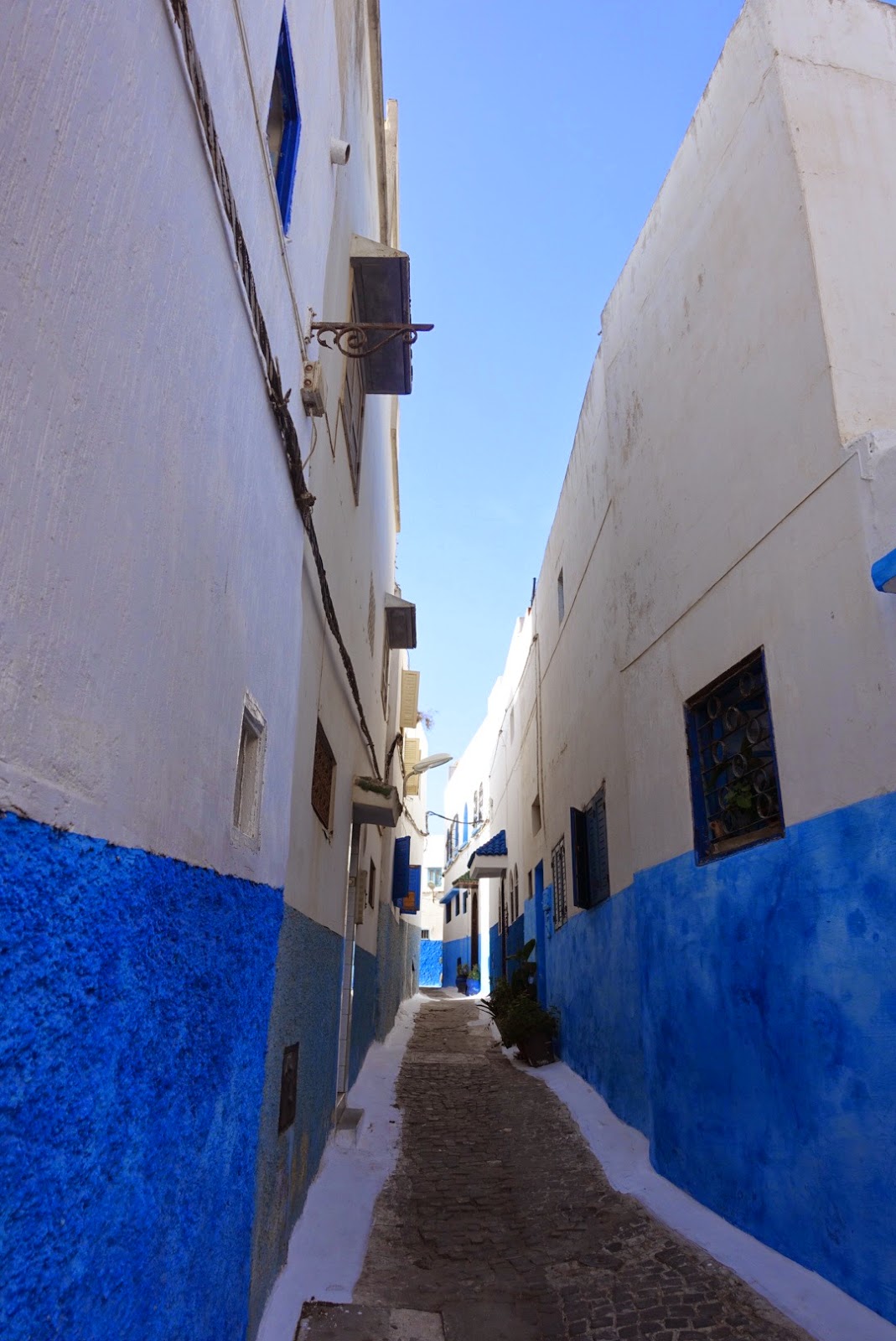 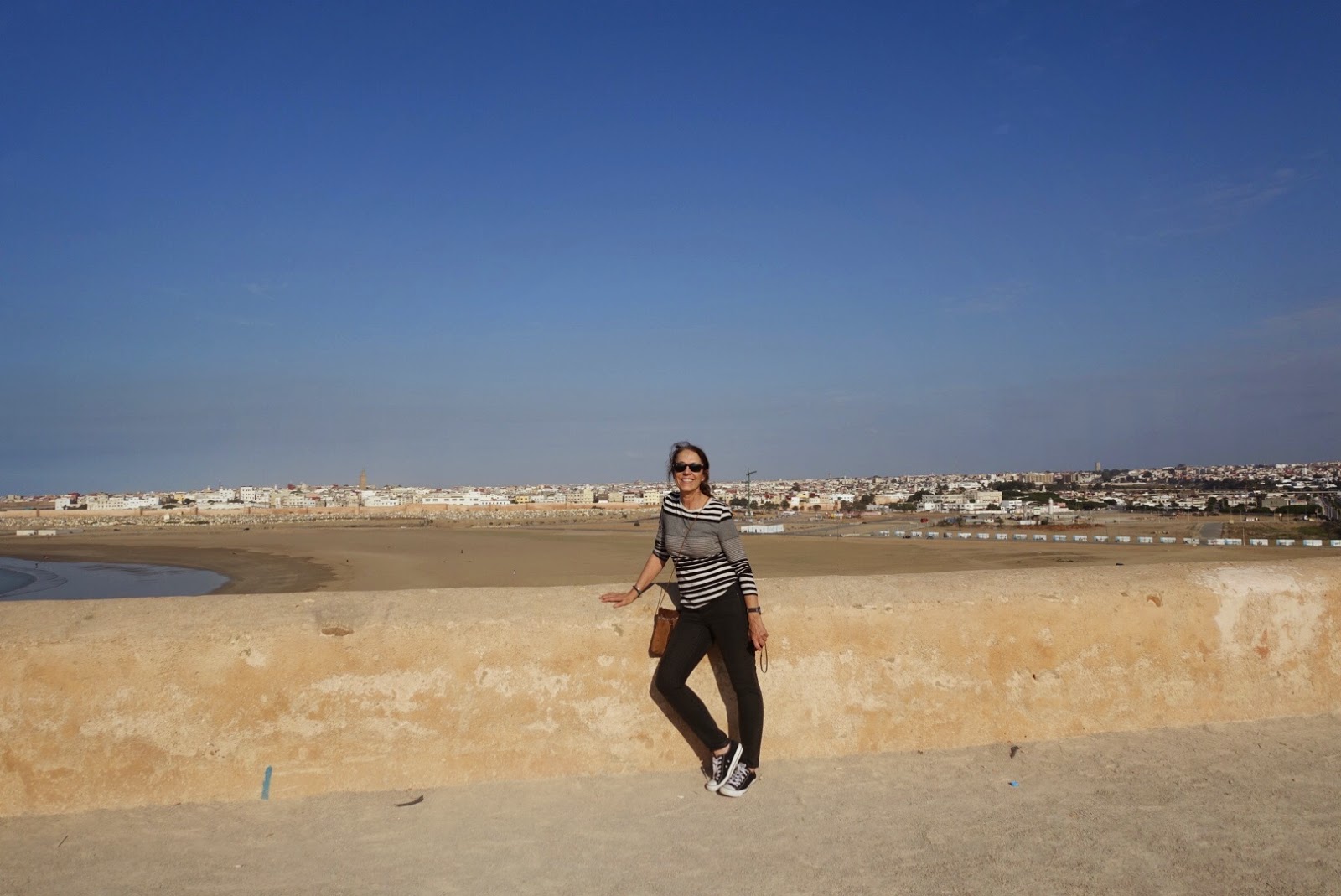 One last thing… in the short amount of time I’ve been here, I’ve already become accustomed to the bells, that sound more like fog horns, that signal prayer time…  four times a day.. 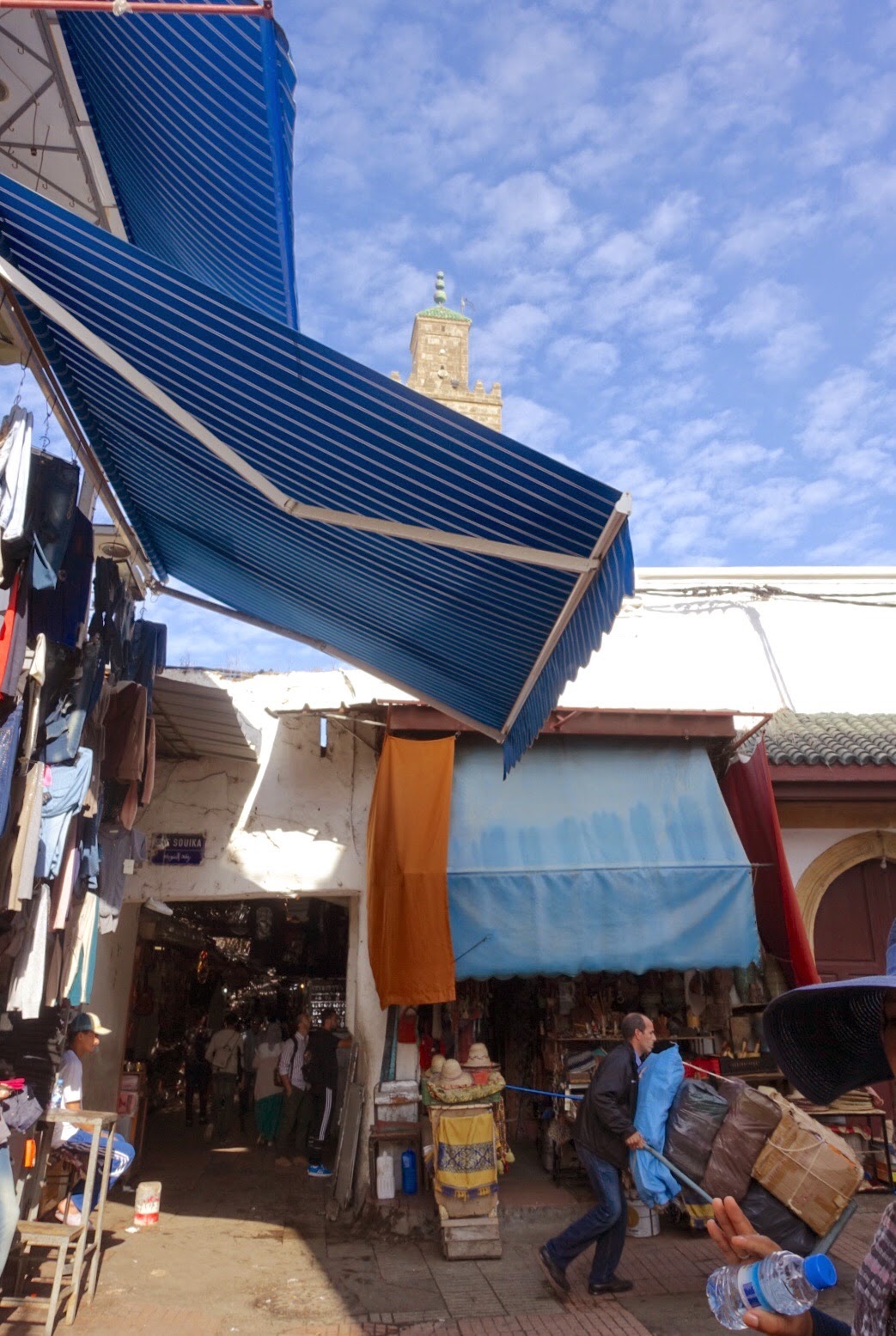